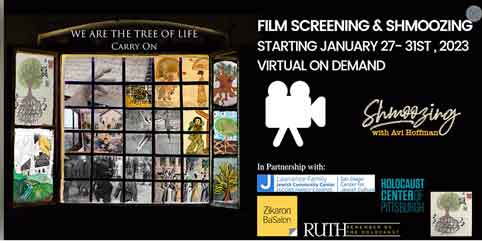 Thank you to our partners

WE ARE THE TREE OF LIFE

CARRY ON DOCUSERIES
Followed by an interview with the creators
Alan Markowitz, Clint Burkett
and Jacqueline Semha Gmach


POEM - As the Inspiration 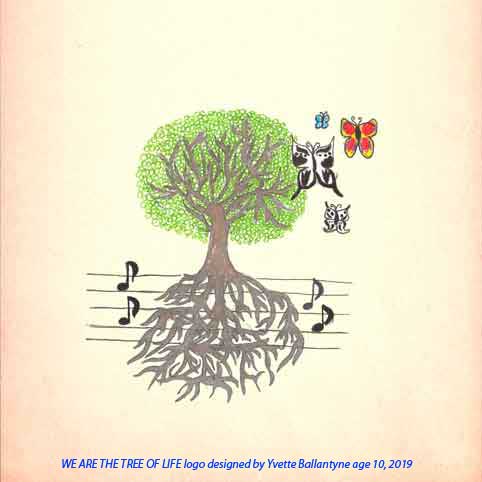 The worst  Anti-Semitic attack, since the creation of the United States occurred at the Tree of Life Synagogue, in Pittsburgh (PA) on Saturday, October 27, 2018, while Shabbat morning services were held.  This crime illustrates the title of Dr. Stephen D. Smith’s book - NEVER AGAIN, YET AGAIN.
“When we said Never Again, it was not never again to the Holocaust. It was never again to Anti-Semitism, the bitter root that for centuries caused relentless harm. Anti-Semitism sometimes quiet, sometimes violent, always has the potential to kill.  And now,  after all our attempts to name it and shame it, Anti-Semitism continues to kill.

But,  however lethal it may be, we still have the power of life. We are stronger than hate. It is not enough to say Never Again, hoping the worst does not happen. We have to work everyday, quietly, in our own way, to ensure the best happens as the result of our actions.

« We are THE TREE OF LIFE© » is an example of creating life instead of death, love instead of hate.”

The Mission of WE ARE THE TREE OF LIFE?? is to present the arts and culture that were created during the Holocaust as an educational tool, and acting as a lesson of the past to be carried and revised to the present. Emphasizing the message of moral courage and acceptance, we will present compelling exhibitions and performances in the realms of music, visual arts and literature.
The focus of this project is to:

OUR VISION:  WE ARE THE TREE OF LIFE? will become a widely used EDUCATIONAL TOOL to combat HATE. Through the inspiration of the arts and culture created during the Holocaust, we aspire to teach the LESSONS OF MORAL COURAGE in order to further the goals of RESPECT, ACCEPTANCE and PEACE within and across communities.
This vision seeks to assist in building a world in which all persons flourish through the respect and value of every individual and group, and their rights to live in a just and peaceful world, a world of UNITY and LOVE.

Music scores, painting, drawings, and literature were kept secret from the Nazis, and all perpetrators. They were inscribed on any kind of material, of any size, and of any shape.