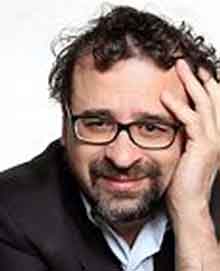 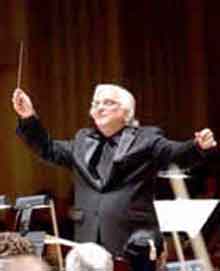 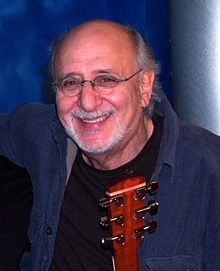 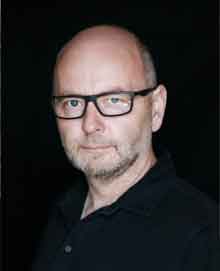 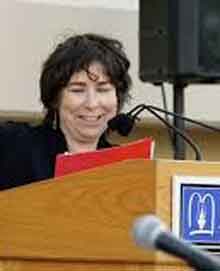 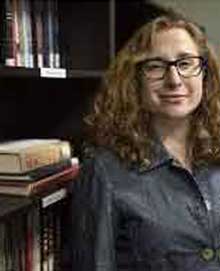 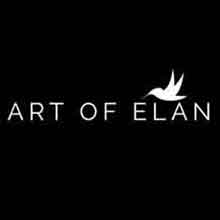 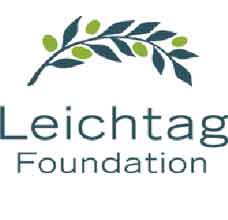 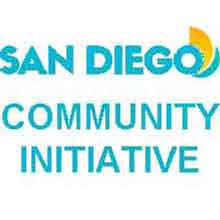 STEPHEN D. SMITH: The worst Anti-Semitic attack, since the creation of the United States occurred at the Tree of Life Synagogue, in Pittsburgh (PA) on Saturday, October 27, 2018, while Shabbat morning services were held? This crime illustrates the title of Dr. Stephen D. Smith’s book - NEVER AGAIN, YET AGAIN.
“When we said Never Again, it was not never again to the Holocaust. It was never again to Anti-Semitism, the bitter root that for centuries caused relentless harm. Anti-Semitism, sometimes quiet, sometimes violent, always has the potential to kill. And now, after all our attempts to name it and shame it, Anti-Semitism continues to kill.

But, however lethal it may be, we still have the power of life. We are stronger than hate. It is not enough to say Never Again, hoping the worst does not happen. We have to work everyday, quietly, in our own way, to ensure the best happens as the result of our actions.

WE ARE THE TREE OF LIFE is an example of creating life instead of death, love instead of hate.”

PETER YARROW : The question is, for all of us, as Jews, “How can we turn this escalating hatred and Anti-Semitism into something that confronts the past in ways that can “weave the sunshine out of the falling rain.”

What are the tools that can reframe today’s circumstances, so that we become stronger, more united and more loving humans to each other? How can we be role models who embrace our tikkun olam selves as we bring light to everyone, not just other Jews, but everyone who is experiencing today’s eruption of hatred, vitriol, division and what I see as a growing “black hole of empathy and compassion” in our country and the world.
I see the answer as being similar to the answer that came to us in the time of the Civil Rights Movement. That answer was love, pure and simple: for each other, for what we believed in, for justice, for all of humankind and, somehow, we did not allow ourselves to be swallowed (and therefore immobilized by) those who were perpetrators, killers, and desecraters of what was humane, sacred and noble in human beings.

We must not hide from the reality of what threatens us in these times. We must confront it with love and solidarity, with tears and joy and an affirmation of our best selves.
In my experience, it is the Arts that best allows the creation of the kind of community and unanimity that can inspire, heal and forge a new path.
Peter Yarrow (Peter Paul and Mary)

MURRY SIDLIN: Murry Sidlin is the President and Creative Director of Defiant Requiem Foundation. Murry Sidlin, a conductor with a unique gift for engaging audiences, continues a diverse and distinctive musical career. The Defiant Requiem Foundation is an organization that sponsors live concert performances of Defiant Requiem: Verdi at Terezin and Hours of Freedom: The Story of the Terezin Composer, as well as other projects including the documentary film, Defiant Requiem, and The Rafael Schechter Institute for Arts and Humanities at Terezin. Additionally, he lectures extensively on the arts and humanities as practiced by the prisoners in the Theresienstadt (Terezin) Concentration Camp.

AIMEE GINSBURG BIKEL: "When I wrote this book, I wondered if the message would touch youngsters. I had no doubt that adults would resonate deeply with the story. And Theo is, after all, a treasure and a legend, loved far and wide, with everyone feeling that he is “theirs” in some real and personal way.  But I was unprepared for the intelligent, emotional and deep response of the young audiences: and when I tell of my presentations to middle schools to the adults who come to my talks, they feel a new respect and appreciation for the kids".

Aimee is a professional public speaker, an award-winning journalist and foreign correspondent, and community organizer, and have been bringing Theodor Bikel’s rich legacy of Arts in serving Tikun Olam since his passing in 2015 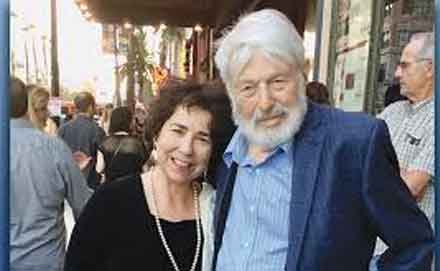 Close
The Mission is to connect the community to Jewish heritage, identity, experiences and values to ensure the continuity and vibrancy of the Jewish community. We accomplish our mission by promoting the physical and mental well-being of the community and offering a rich array of stimulating and innovative social, cultural, educational, and recreational programs and services. The LFJCC is committed to providing a welcoming and inclusive environment for San Diego’s diverse Jewish community and its greater general community.

ABOUT ARTS & IDEAS: The San Diego Center for Jewish Culture (CJC) is housed at the Lawrence Family Jewish Community Center, JACOBS FAMILY CAMPUS, and is the largest local institution solely dedicated to exploring the Jewish experience through the arts. The mission of the San Diego Center for Jewish Culture is to offer an array of entertaining and enriching cultural, educational and artistic programming which brings the community together to connect with Jewish heritage, identity, experiences and values. CJC is committed to providing a welcoming and inclusive environment.

For the past 12 years Art of Elan has been pioneering unique chamber music events and bringing the excitement of classical music to diverse audiences. Created by violinist Kate Hatmaker and flutist Demarre McGill, Art of Elan continually expands the scope of classical music in San Diego through innovative, one-hour programming in unique performance venues. Its partnerships with The San Diego Museum of Art in Balboa Park, Lux Art Institute in Encinitas, The Glashaus in Barrio Logan, the Museum of Contemporary Art (MCASD), the San Diego Art Institute, the Malcolm X Library and A Reason To Survive (ARTS) in National City have led to multiple commissions, world premieres, exciting cross-disciplinary productions and enthusiastic, capacity audiences.
By drawing inspiration from the word "elan", which represents momentum, vigor and spirit, Art of Elan continues to engage and energize audiences in new ways, wth innovative programming. 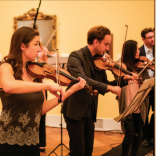 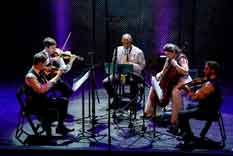 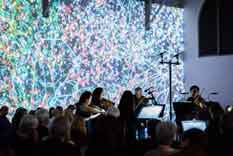 Max "Lee" Leichtag and his wife, Andre "Toni" Leichtag co-founded the Leichtag Family Foundation in 1991. Both were children of immigrants and grew up in poverty. Their personal experiences, hard work and entrepreneurialism led to their success and their lasting impact on the community.
Creativity. Collaboration. Connection.
The Hive is your home for coworking, professional growth, and Jewish cultural events here in Encinitas, California. We provide event, meeting, and work space with stunning natural surroundings and an adjacent organic Jewish community farm. Our goal is to build a more connected community for nonprofits and to provide creative Jewish experiences for all to enjoy. 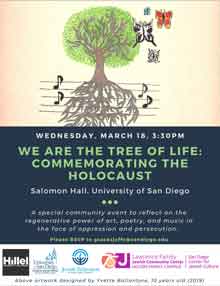 LAUREN BAIRNSFATHER: In 2015, Lauren Apter Bairnsfather was appointed director of the Holocaust Center of Pittsburgh, an affiliate organization of the Jewish Federation of Greater Pittsburgh.

The center, established in 1981, relocated to new space at Squirrel Hill Plaza, 826 Hazelwood Ave., in Pittsburgh's East End where it will offer exhibits and education programs. The grand opening occurred on Oct. 18, 2015. Currently she is the curator of the new Jewish museum to be build at The Tree of Life synagogue.

A McKeesport native, Bairnsfather's career spans working at the photo archives office of the U.S. Holocaust Memorial Museum, Spertus Museum in Chicago and Morton H. Meyerson Family Foundation in Dallas. She most recently worked in the dean's office at the College of Liberal Arts at the University of Texas, where she had earned her undergraduate degree and as well as her Ph.D. in history. She also earned a master's degree in social sciences at the University of Chicago.

“For You Were Strangers: Jewish Immigration to Pittsburgh, 1880-1990” exhibit will fill the Holocaust Center of Pittsburgh’s front gallery in Greenfield. Newspapers, books and photographs will shed light on a hundred years of Jewish life in Western Pennsylvania, long before many settled in the East End.

The exhibit’s title is a nod to a Torah verse that teaches empathy to newcomers: “You shall not wrong a stranger or oppress him, for you were strangers in the land of Egypt,” it reads.

Who led the uprising in Sobibor in October 1943, ordering to rip through the barbed wire and allowing the deportees to flee beyond the minefield of the concentration camp? Ukrainian Jewish musician Alexandr Aronovic Pecerskij, known as Sa?a, an official of the Red Army who rescued half of the escaped deportees.

Who, in June 1945, became the leader of the former deportees from Theresienstadt, waiting to be repatriated, and led them to Prague for someone to take charge of them? Czech pianist and musicologist Vaclav Holzknecht who in 1957 became president of the famous Spring of Prague festival.

Who sent postcards from Sachsenhausen with syllables specially written in wrong German, revealing medical experiments on smallpox as well as the fate reserved for Jews and Soviet prisoners of war? Polish composer Aleksander Kulisiwicz who memorized 716 songs, created by his deportation companions, by repeating them softly between his lips so as not to forget them.

Pablo Casals who toured tirelessly through Spain, torn by the Civil War, playing his cello, Mstislav Rostropoviv who played Bach under the Berlin Wall as it fell, the choiristers of Mathausen who, after a capital execution, sang a passionate Hymn an das Leben in the face of the executioner, Ignacy Paderewski, who after the German 1939 occupation of Poland, became president of the Polish parliament in exile in London.  They were all musicians.

Music lives in the air. Not the musician; those who make music.  And those who make music are an integral part of WE ARE THE TREE OF LIFE?, strenuously rooted in the earth, their branches thriving with purpose and intent, continuously testing vicissitudes, injustices, desires until they form an admirable synthesis by elevating everything to form, art and literature.

The musician was, is and will always be at the forefront of the most tragic events in history in perennial defense of essential moral and social values.